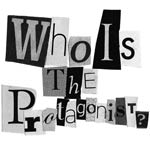 Next time you start reading a work of fiction try focusing your mind from this perspective. Who knows more: you or the story's protagonist? The idea of the protagonist extends beyond fiction into the 'real' world. You are the protagonist in the narrative of your own life. But where does the knowledge lie in this all encompassing narrative?

The protagonist stands as an optimistic analogy for the existence you lead. The narrative is the life unfolding around you; the futures you have yet to experience. Yet your position in this 'life story' does not necessarily lead to you being in control of the narrative of reality. In fiction oftentimes the reader knows more than the protagonist about how the story will unfold. Without this split in knowledge involving fiction would not occur, for it is through tension and conflict that the greatest tragedies are woven. "But surely this analogy for the passing of my life devalues any instance of free-will I may perceive?", you internally exclaim. Not so, for although only the metaphorical reader of the narrative of existence could truly know the trials and tribulations you are to be exposed to it is your own responses, your reactions to the path ahead of you, that determines the outcome of the story. In a human life one can never be the reader of one's own destiny, but it is imperative that you are the determining factor, the active protagonist, in your own story.

But let's not stop there, for the analogy of the protagonist can be extended to encompass the entire narrative we would call objective reality. Let's assume for a moment that no other conscious lifeforms have achieved a level of awareness that supersedes our own. In this universe we, the sentient pinnacle of natural evolution, have the closest connection to anything we could label 'objective reality'. No other creature on this planet has extended its conscious experience as far out into the cosmos or as down deeply into the workings of the fundamental forces as much as we have. As we evolved towards the attainment of cultural evolution so the universe became more objectified, deeper reflected upon. We can never attain true access to objective reality (many would say that there is no such thing), but I believe that, in the sentient universe I have outlined, humanity can be said to be the strongest protagonist in the great narrative that is reality.

This of course is all well and good in an egotistical, human affirming sense, but how does it relate to our day to day worlds? The Earth we live upon houses conflicts that transcend a fundamental reality. The tragedies of human life will always be more real to us than the vast infinities of space or the infinitesimal depths of the atom, the quark, the superstring. For the present, it is these tragedies that matter. Where are the lines drawn for our common reality?

'"Story is probably the biggest form of security we have as humans. It's very powerful in giving you identity."

Secular western culture... doesn't provide a "grand narrative" to participate in, Savage points out. It offers multiple options for making sense of the world around us - a mess that most human minds struggle to deal with. In evolutionary terms, it's really new to us. "I don't think we're that comfortable with it," Savage says. This, she says, is why the kind of world view contained in a religious text resonates with people, and why they are inclined to stick with it at all costs.' - Sara Savage, link 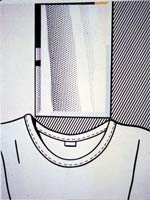 From this seed of conflict fundamentalism is bound to arise. Through religion a 'grand narrative' can be traversed, and one which inevitably grows to directly conflict with the scientific, secular culture we live in:

'And that, for the fundamentalists, is a terrible blow. Irrelevance is not something that people with this group psychology can tolerate. A movement that considers itself a key player in the greatest story ever told can't afford to be perceived as peripheral.' - link

The different realities that arise out of these conflicting narratives can, and do, lead to physical conflicts in the real world. If we can not agree that objective reality is inaccessible; if we cannot learn to accept the narratives of others, then surely it is time to cast each of these narratives into a grand, unified story we can all participate in. Modern human culture needs to form itself a new narrative from the broken shards of the realities we each live. By projecting our sentience out into the universe we only further complicate the path towards a shared perspective. It is time to make a new reality from the old:

'New technologies are creating a new wilderness, a realm that humans can wander in without ever understanding. The emergence of a virtual wilderness does not compensate for the loss of the earthly one that humans are destroying; but it is like it in being unknowable by them. The new wilderness is a pathway leading beyond the borders of the human world.' - John Gray, Straw Dogs

As the simulacra of our world manifest themselves anew in the interweaving 'wilderness' of the internet we are beginning to cast off our attempts to objectify reality and embrace new forms of our own creation. If it feels almost impossible to formalise yourself as the protagonist in your own reality-narrative just wait until the simulacra-ised narratives of our consciousnesses collide in cyberspace. In this transcendent realm, an undiscovered New World far surpassing that breached by the global explorers of 500 years hence, all manner of possibilities will fold themselves from the infinity; evolving perspectives seething out of the digital ether. In cyberspace science, religion, spirituality will lose their meaning as a multitude of godlike entities manifest themselves from our imaginations.

Enjoy your deterministic narrative while it lasts; embrace the finite free-will you can grasp as your own protagonist. In the simulacrum of this reality we now label 'the future' we will all become both the protagonist and the reader of a grand universal narrative which, as yet, does not exist.

That post was mind-altering, bravo. The walls around me were bleeding after reading it... I really enjoy The Huge Entity, just wish it was updated more often!

Cheers... Don't forget to browse through the category links for each post to wind yourself further into The Huge Entity tapestry. That goes for the times when I'm not posting every day. The 'huge' in the title isn't just metaphorical

Excellently written. I love that goosebump feeling of scaling the walls of reality to peek over the top. I wrote something on a similar topic at http://headwideopen.blogspot.com/2006/03/self-aware-protagonist.html