Mu Haiku: What the Mu kind of calendar do you call this? 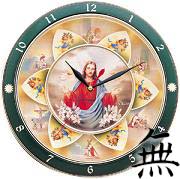 As this year draws to a close and my first trip home in 18 months looms large ahead of me, the concept of time has been made prominent in my imagination. 2005? What does it mean?

That 2005 years ago some bloke in some nonsense-scripture was allegedly born to a woman who couldn't tell her husband the truth of her misdeeds and weaved in her defense the most famous hussy-alibi of all time... Talk about arbitrary!

2005 means nothing to me, and as such I feel that in these secular days the Gregorian Calendar should be scrapped and updated with something snazzier, something more universal. A calendar of practicality; a calendar for everyone: 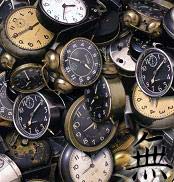 A wealth of different dating systems exist, each one weaving time into different tapestries of significance. But I think we can do better. So here is the last Mu Haiku mission of 2005 (if you choose to accept it):

What the Mu kind of calendar do you call this?

If you could devise your own calendar what would you base it around? Maybe the Stevie Wonder Calendar would suit you. He broke out from his Motown contract in 1971, making next year 35 AM (After Motown)... Or perhaps you fancy using the age of Earth itself as a definition. That makes it about year 4.2 billion right now... Whatever you choose, make it Mu and shove it in a beautiful 5-7-5 Haiku! Here's mine:

The comments section awaits your ideas... Maybe time is simply too difficult for some people to grasp at all: 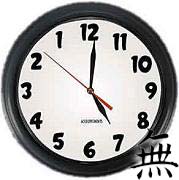 "Don't allow yourself to be fooled by school professors, television programs, books, the Internet or what other people say about the duration of mankind's history. God created the heavens and the earth in a total of six literal days and the seventh day of rest, then He patterned mankinds span of civilization for seven thousand years in the same way." ~ Rapture Ready

P.S. I am going home to the UK for the next 3 weeks, so Huge Entity updates will be irregular and infrequent until the start of January. Have yourselves a great time this arbitrary holiday season... And don't forget to keep Mu-Haikuing until there's no Mu left!

Truth is a codesmith
direct of garden pasture;
Decimal metric.

Illusory tocks
Gauge the distance until "now"
hijacked by your clocks