Mu Haiku: In Honour of Ancient Ocean-Detritus and its Dark, Oozing Legacy

All this talk of climate change; of the continued abuse of hydrocarbon bonds got me thinking. How are we expected to put our oil addicted world into perspective if we haven't got a perspective on the oily substance itself? It's all very well setting targets; cutting emissions; pretending we care. My iPod is made of zooplankton! And I want to know what you intend to do about it!

The universe manufactures new substances like you wouldn't belieeeeeve. Increasingly fiercer temperatures in ever larger suns turned a multitude of hydrogen, over billions of years, into the plethora of atomic nuclei we breathe in today. More than that, you are a carbon, hydrogen, oxygen derivative! The very texture of your compounds is a testament to the suns which exploded many billions of Earth revolutions before you were expelled; BEFORE THERE WAS EVEN AN ORIFICE FROM WHICH ONE COULD BE EXPELLED!!!

So I look around my elongated living space, every glance intensified by the shimmering materials I take for granted. And in the shit encrusted remains of 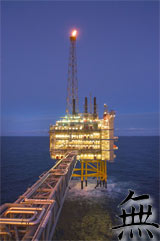 the bird's nest of civilisation which material strikes the greatest chord in my being? That elusive, bendy, snack-crackle-plastic of course, which spreads itself like butter on the surface of society. Innumberable teeny-weeny ancient sea-critters, squished in droves for many a millennia and deposited on the doorstep of mankind in a glorious, oozing mass of black, toxic waste. We plunder the Middle East for zooplankton baby, don't let anyone tell you otherwise.

But what of this organic mush, this expensive organ soup? How can we, the hydrocarbon generation, fiddle with our iPods, our smart-cars our Dyson Super-Vortex-Mega-Vacuum-Cleaners without a smile and a wink at our microscopic brethren?

Are we so arrogant as to forget the little guys?

ARE WE NOT SQUISHY TOO?!

In Honour of Ancient Ocean-Detritus and its Dark, Oozing Legacy:

You better write one too...

Project yourself, right now, into the middle of the middle of the Middle East. A tanker is guzzling the black gold right from the ground, its driver loads himself into the cabin, fires up the engine and trundles his way through the devastated oil fields. In the back of his tanker he holds more than a gallon or two of the black stuff. He holds a billion years of organic produce; a gut load of Earth's own belly juice; the legacy of a zillion sea critters with a million Earth atmospheres baring down on them. Do we fight these wars for more than profit? Sure we do... It's enough to get the guys in power real excited:

"If they turn on their radars we're going to blow up their goddamn SAMs. They know we own their country. We own their airspace...We dictate the way they live and talk. And that's what's great about America right now. It's a good thing, especially when there's a lot of oil out there we need."

Ancient, extinct things.
Mushed up and dead, but useful.
I aim to be oil.