Next time you go for the proverbial dump consider the process involved in turning one plate of badly cooked meat and veg into a self perceiving, website reading, procrastinating you. It occurs to me that the chance of atoms, manufactured billions of years ago in suns long since expressing their life cycles, would end up as the tip of a runny nose or the coating of a swollen spleen must be nigh on gargantuan. Are humans best understood as the creative intermediary between abstract amino-acids and piles of rotting faeces? 6 billion humans turning a rocky planetary outcrop into festering worm compost via the action of merely thinking.

But let's not let our microbial egos get too big here; your bowels are a lot less you than you may think:

The human large intestine is a 5-foot long, dark, dank and twisting corridor whose repetitive contractions function to squeeze the last remaining drops of water and the final bits of nutrient from feces before expulsion from our bodies.

Aiding the large intestine in this task are trillions of microbes that reside in the gut, where they help digest foods we would otherwise have to avoid. In this way the bugs contribute to our overall health.

Some of these tiny settlers are with us from birth, imparted from our mothers, while others gradually colonize our bodies as we grow. This microbial community is as diverse as any found in Earth's seas or soils, numbering up to 100 trillion individuals and representing more than 1,000 different species.

"This is the densest bacterial ecosystem known in nature," Jeffrey Gordon, a microbiologist at Washington University in St. Louis, told LiveScience. "The density of colonization of the distal gut is just enormous." - link

You are an ecosystem my friend, and the trillions of bacteria lodged in your gut are merely a miniscule representative for the trillions more which compose your substance.

Take a nose dive straight into self-denial, for without the microbes there's very little you left to claim:

Most of the cells in your body are not your own, nor are they even human. They are bacterial. From the invisible strands of fungi waiting to sprout between our toes, to the kilogram of bacterial matter in our guts, we are best viewed as walking "superorganisms," highly complex conglomerations of human cells, bacteria, fungi and viruses...

...scientists concentrated on bacteria. More than 500 different species of bacteria exist in our bodies, making up more than 100 trillion cells. Because our bodies are made of only some several trillion human cells, we are somewhat outnumbered by the aliens. It follows that most of the genes in our bodies are from bacteria, too. - link

...it's time to stop thinking of yourself as a single living thing at all, say the scientists behind the new work. Better to see yourself as a "super-organism," they say: a hybrid creature consisting of about 10 percent human cells and 90 percent bacterial cells. - link 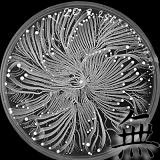 You're a walking, talking Petri-dish. An anatomical configuration. Even the fungi have more claim to your soul than you do... And all the loves you have lost, the human abstractions, each an enduring flutter across the surface of your stream-like life, each of them is an ode to biological ecosystems too. For microorganisms, in multitudinous symbiosis, have helped mankind to give birth, to love, to create, to expel the soul of beauty we hold so dear and rot us to nothing post rigor mortis. The little ones are more important than you...

Get over it and write a Mu-Haiku!


Ode to a trillion unicellular love-machines:

Write your own Mu-Haiku here...

How in our arrogance we forget the beauty in the insignificant. Their numbers are plenty, their residence on this Earth far exceeds our own and yet in selfish circumstance we believe that we have outgrown them. 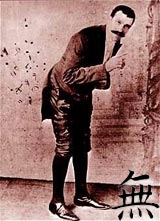 This arrogance hides their wondrous impact on our lives. Their simple beauty obscures our deepest contemplation daily:

Why is there a 13 to 20 second delay between farting and the time it starts to smell?

Actually, the fart stinks immediately upon emergence, but it takes several seconds for the odor to travel to the farter's nostrils. If farts could travel at the speed of sound, we would smell them almost instantly, at the same time we hear them.

A mind wrapped in mud.
Bacteria teem within,
Shake my mouldy hand.

A wormulent swamp
A jungle unto myself
Mother Nature I.

It's not that you smell,
Or even that you are bad
Just don't be noisy.